Staking is one of the most straightforward and sustainable opportunities in crypto today. If you are interested in a ‘set and forget’ reward strategy for passive income on the blockchain – without dealing with complex DeFi tools or pump-and-dump schemes – staking could be just the thing. But what if you don’t want to lock up a significant portion of your funds? Liquid staking with Lido solves this problem.

To help our users feel more confident about staking on Ethereum, we asked our partners at Lido to dive into the details and compare various ETH staking approaches. Please keep in mind that this shouldn’t be taken as investment advice – always do your own research and evaluate your risk tolerance before making any investment decisions.

Following the Merge and the completion of the shift to Proof of Stake (PoS) on Ethereum, all market participants will have an incentive to stake some of their ETH in order to generate a yield. While estimates vary as to the expected annual rate of return for staking, any positive and non-trivial rate will create this incentive structure.

Instrumentally, staking on Ethereum 2.0 can be viewed as the adoption of a low-risk and low-effort rate of return for the Ethereum ecosystem. In the same way that investments in the traditional stock market are evaluated against the return offered by comparatively less risky government bonds, so too can investments in DeFi be compared against the comparatively less risky returns offered by staking ETH. Of course, ETH will still be required in order to make transactions; meaning that market participants will have an incentive to stake a large portion of their ETH while keeping a small percentage in reserve so as to facilitate everyday operations.

There are several costs, risks, and challenges associated with staking ETH as an independent validator. First and foremost, the 32 ETH minimum that is required represents a significant barrier to entry for almost all participants. Secondly, even for those who are prepared to stake 32 ETH, the technical knowledge required to operate a validating node successfully is significant.

There are also operational risks associated with the potential loss of funds, via slashing or otherwise. Finally, and perhaps most importantly, the ETH staked on the Beacon chain is unusable for other purposes while it is staked. This dynamic creates both a period of illiquidity and an opportunity cost for those who might otherwise employ that ETH as collateral or in a liquidity pool.

To summarize, there are four key challenges involved in staking ETH as an independent validator. These are:

With all of this in mind, the market demand for staking services and platforms can be expected to increase substantially following the Merge. Even prior to the Merge, deposits to the Beacon chain have been increasing steadily.

Broadly speaking, there are three kinds of staking services available for users: exchange staking, decentralized staking pools, and liquid staking. Let’s address each of these in light of the four challenges highlighted above, in terms of profitability for users, and the ability to scale given demand.

Exchange staking solutions, such as those offered by the centralized businesses of Coinbase and Kraken, offer a convenient means of staking for those who already have an associated exchange account. Users simply allocate any amount of ETH to be staked in exchange for a percentage of the yield generated. The exchanges, in turn, combine the ETH provided to them and operate validating nodes on behalf of their users. This approach neatly addresses three of the four challenges highlighted above, which include the high barrier to entry (small amounts of ETH can be staked), the expertise (validating is abstracted away from the user), and the downside risk of staking (any losses incurred are socialized). Moreover, one of the benefits of centralization in this domain is the ability for these exchanges to scale rapidly given the influx of a large amount of ETH for staking. With that being said, the yield received by users is likely to be significantly lower than what would be available from an independent validator; as an example, Coinbase keeps 25% of the revenue generated. Additionally, any capital invested in such services is unavailable for other uses, meaning that the final constraint remains unaddressed.

Some market participants may be ideologically opposed to centralized custodial staking such as that offered by exchanges. For these individuals, a more decentralized staking pool service such as Rocket Pool may be a preferable alternative. Rocket Pool connects technically capable validating node operators with those looking to stake ETH. Depositors can stake as little as 0.01 ETH in exchange for a liquid staking derivative, rETH, which is a tokenized representation of their deposit that can be used in other areas of the Ethereum ecosystem. Validating node operators will receive staking rewards in addition to RPL tokens, which are used for governance of the Rocket Pool DAO. For validators, the barrier to entry of 32 ETH is halved to 16 ETH, which, while an improvement, is still significant.

As was the case with centralized exchange staking, any losses from individual validators are socialized for all depositors. Thus, for depositors, all of the key challenges associated with staking ETH are solved. However, technically capable and well-capitalized validators are still required under this model. Unfortunately, this creates a bottleneck of growth for this kind of decentralized service, which will likely struggle to accommodate the influx of a large amount of capital in a short period of time. Simply put, Rocket Pool may only scale as quickly as validating node operators can join and contribute to the network. In fairness, the tokenomics of Rocket Pool may help to alleviate this concern by incentivising new validators to join the network, however, it seems clear that scalability will be Rocket Pool’s biggest impediment to long-term growth and success as a widely adopted staking solution.

Striking somewhat of a middle ground between the centralized and decentralized staking services are the liquid staking providers like Lido Finance. Lido, in particular, allows users to deposit any amount of ETH in exchange for stETH, which is a daily rebasing token that increases in supply in accordance with the ETH generated via staking. This means that users holding stETH will witness the nominal amount of stETH increase in their wallets while the value of stETH is pegged to ETH. stETH can, in turn, be employed throughout the Ethereum ecosystem. For instance, it can be deposited as collateral in Maker or in the stETH-ETH pair on Curve.

Lido has incorporated over twenty professional staking operators such as Chorus One and P2P into the DAO. This division of labor allows for a growing degree of decentralization over the staking process. While this is a lower level of decentralization than what is provided by Rocket Pool, it is certainly more than what is offered by exchanges and allows Lido to scale rapidly in a way that Rocket Pool is unable to. Thus, the liquid staking service provided by Lido not only addresses each of the four challenges of staking for the typical user - barrier to entry, expertise, downside risk, and illiquidity – but it can also scale rapidly, thereby allowing it to gain dominance in this very competitive and expanding market. 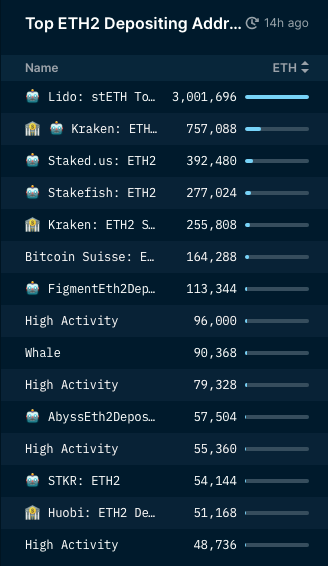 At MEW, we strive to give our users access to the most trusted and user friendly services in the Ethereum ecosystem. Lido is the market leading liquid staking service, and if liquid staking sounds right for you, we hope you'll give Lido a try on your MEW wallet app. Don't have MEW wallet? Download for iOS or Android, and check out some MEW wallet guides in our Help Center!

MyEtherWallet (our friends call us MEW) is a free, client-side, open-source, easy-to-use interface helping you interact with the Ethereum blockchain.
Previous Post
NFT, Getting Started

How to Gift Crypto and NFTs with MEW wallet 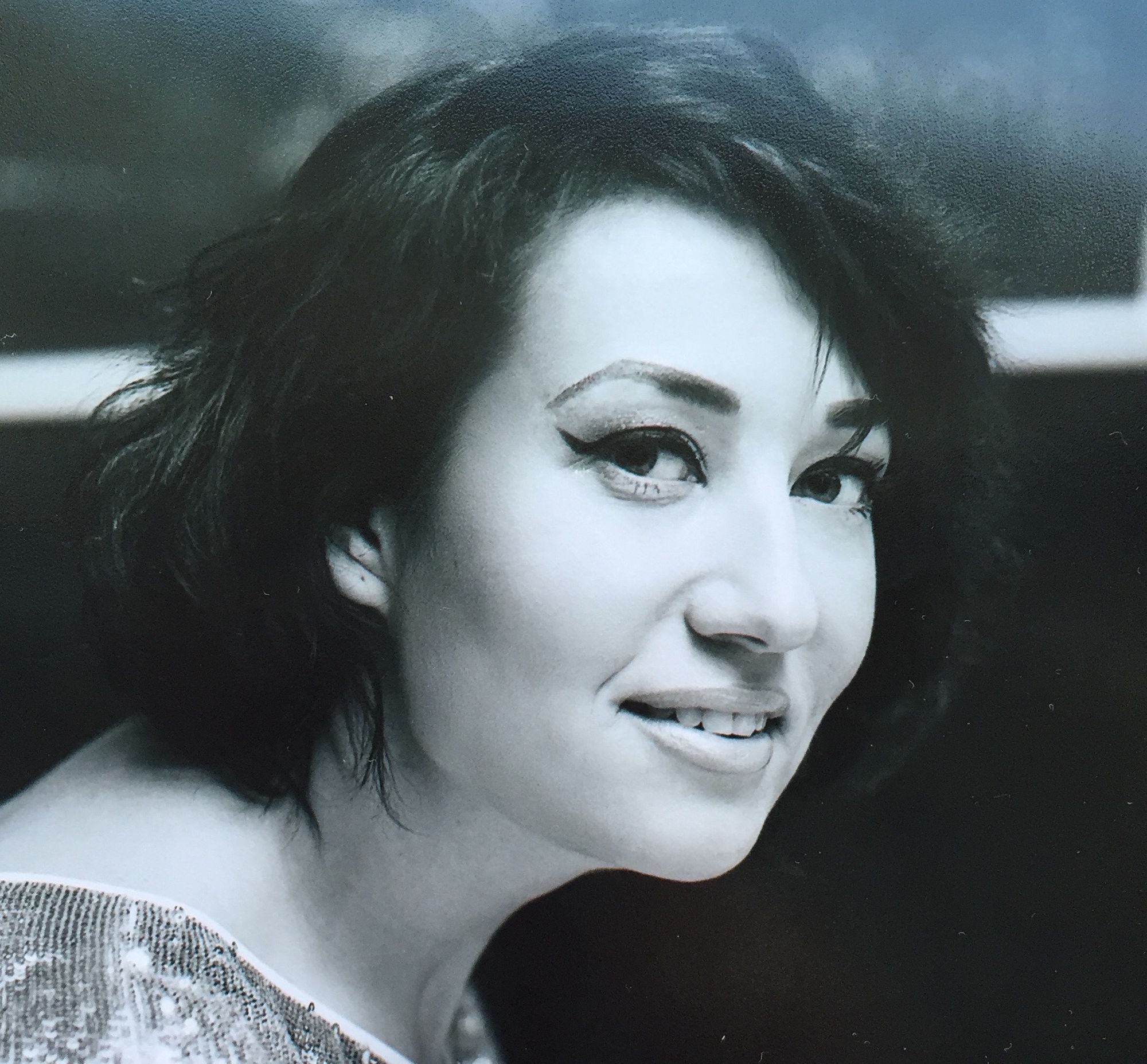 How to Create a Crypto Savings Wallet for Your Child